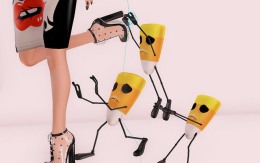 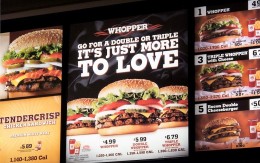 What?!! Another Possible Delay on Menu Labeling? 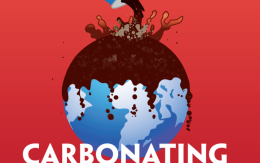 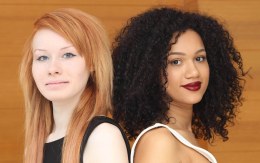 A Look Into Race As A Social Construct

“Education is the most powerful weapon which you can use to change the world.”  – Nelson Mandela 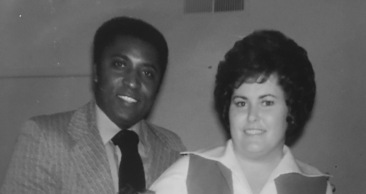 From as early as elementary school the message from my parents was clear: It’s not about if I want to go to college, but where I was planning to go. My father, African American (a retired Los Angeles County juvenile probation camp chaplain and LAUSD Healthy Start coordinator), came from a poor and racially segregated rural Arkansas, while my mother, Irish-Catholic (an Associate Dean in the School of Nursing at UCLA until her death in 1995), grew up middle class just outside of Chicago, Illinois.

From seemingly different worlds, my parents agreed however that an education once you have it, can never be taken away. Both made considerable sacrifices to support my journey through public and private education in Los Angeles – so they were unwavering that when the time came, I would pay it forward. 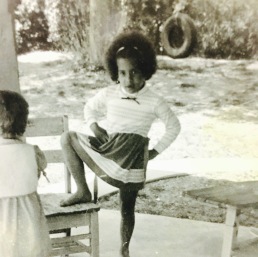 Education + Cultural Literacy: Upon reaching the University of California, Berkeley I realized just how many other students of color had been denied access into quality schools (along with basic nutrition education and mental health services) needed in order to get where I was too. Many couldn’t get to college because they were dropping out or just barely passing high school, systemically “tracked” into remedial blue-collar employment opportunities over pursuing higher education.
Through a degree in Rhetoric, (Ethnic Studies minor) from UC Berkeley along with an MA in Education from Pepperdine University, I would go on to navigate the worlds of corporate america (AOL Time Warner/Parenting & InStyle Magazines), Education (USC’s Annenberg School for Communication & Journalism, the Los Angeles Unified School District & Los Angeles County Juvenile Probation) and local government and nonprofit health agencies (Los Angeles County Department of Public Health).
I utilized the knowledge and skills acquired from the more privileged spaces to leverage access, awareness, and funding for the advancement of underrepresented communities of color, teens and young children in K-12 education. I’ve written extensively about the journey – with extraordinary mentors along the way, while also becoming a mother of two and development consultant to various organizations across Los Angeles County. 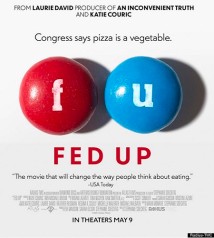 Health + Social Media: In 2014 while serving as the chief of operations to launch Los Angeles County’s “Reducing Childhood Obesity” initiative, I also began blogging for the Huffington Post.  After watching the groundbreaking documentary Fed Up and seeing the reaction from my son, Noah it was then that I realized that I wanted to do more to address childhood obesity, but in a way that could be easily accessed and shared online. (Minimal costs, save trees, meet like-minded health advocates across the globe.) Little by slowly, I learned how to create this blog site while living abroad (Canada) and began uploading content.
The end goal: inspire younger diverse activists (K-12) to utilize social media and blogging as a method for connecting with their peers across the globe on the topics that interest them most in their community.
The Miseducated Dieter blog series here on Literatigurl.com was established to build a platform to highlight the ways we have been misinformed, misguided or as I’m referring to it, miseducated about dietary health. Launched in March 2016, early topics cover personal nutrition, exercise… Read more…
Psst...If you’ve made it this far, odds are you’ve stumbled across this personal blog site through Facebook, a Twitter retweet or perhaps one of my earlier articles circulated via social media by Huffpost. I find this very cool for a variety of reasons. Most importantly, it illustrates the power of social media to connect us with one another. I don’t get paid to post content, nor do I advertise the site. I’ve been told many times over that I should, but for now I’ve kept this site educational in function (finder’s keepers) — for exchanging ideas, hopefully thought-provoking content on life and health, along with a few laughs here and there too. Hang out for awhile and check things out. Let me know what you think. And when I’m almost famous I’ll alert the troops on just how impactful getting your voice out there can be! Thanks for stopping by. -LG 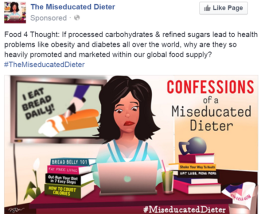 “The Miseducated Dieter” Facebook Page is a community-driven social forum established to identify often unknown or conflicting news on all things dietary. The Miseducated Dieter features articles and other helpful resources to combat the growing influx of misinformation on what makes for “healthy” eating and active living across the globe.

Thank you!
Questions? I’d love to hear from you. Follow me on Twitter or fill out the form below and I’ll be in touch!