Another Amazing Song From ‘Selma’… 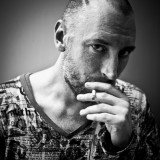 So perhaps by now you have had the chance to see ‘Selma’ in theaters. (If not, you don’t want to miss it.)  There’s also additional buzz around the soundtrack for the film since Common and John Legend took home the Golden Globe award for Best Song of the Year with ‘Glory’ this past Sunday.

There is however another outstanding song from ‘Selma’ called “Yesterday Was Hard On All of Us” from the UK’s Fink (aka Fin Greenall) which is played while showing historical footage of the March from Selma to Montgomery, Alabama.  Beautifully written and powerfully performed, this one shouldn’t be missed either.

“We are proud to be involved with our friend Ava DuVernay’s latest film, ‘Selma’, a dramatic depiction of Martin Luther King, Jr.’s involvement in the 1965 voting rights marches in Alabama…” the band writes on their official website. “Having previously used our song ‘Perfect Darkness’ in her 2012 film Middle Of Nowhere, we were thrilled when Ava asked to use ‘Yesterday Was Hard On All of Us’ in a climactic scene in Selma.”

More information about Fink (yes, I’m also a huge fan) including upcoming tour dates for their 5th album, Hard Believer, can be found at the band’s official website.

Tagged as: Ava Duvernay, Fink, Glory, Golden Globes, Music, Selma, Song, Soundtrack, Yesterday Was Hard On All Of Us